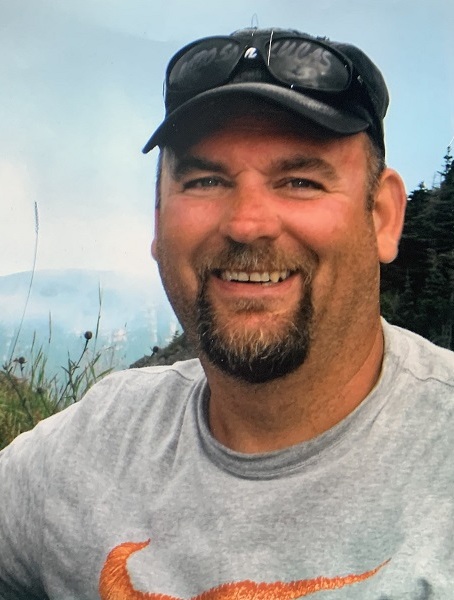 Terry had a heart of gold, tough as nails on the outside but soft as a teddy bear on the inside. He enjoyed reminiscing of his glory days, playing high school basketball with the Regina Knights. He left a lasting impact on anyone who was fortunate enough to cross his path and will be remembered as a generous kind loving man, a jokester, and often a torment, but he would give you the shirt off his back. Over the years he enjoyed being outdoors, hunting and fishing with those close to him. He was a big man that had an aura and smile to match his stature, he was known for his kindness and welcoming nature. Terry was an avid rider, spending much of his free time riding his Harley. He was an active president with his motorcycle club and was loved immensely by his brothers. This world has lost an amazing soul, every person that he encountered will be left with a funny story. His infectious smile will never be forgotten.

He was often heard talking of his son Jordan Tracey and how proud he was of him.  Beloved only son to Melvina and Terry Sr. Tracey, loving husband to Maggie O’Shea Tracey and step kids Josh Wilson, Courtney, Jake and Maddison O’Shea, son in law to Gerald Pearce (Janet Miller), Lynne Pearce of Ontario. A lifetime of memories are left with many aunts, uncles, cousins and the biggest family of friends a man could be blessed with.  Larger than life with a heart to match he has changed so many lives in a positive way, the life of the party and a smile that could melt anyone.

The family will hold a wake on Thursday August 25th 2:00 – 4:00PM and 7:00 – 9:00 PM at Holy Rosary Roman Catholic Church Pastoral Centre. All friends, family, and community members are invited to attend. Funeral service will be held on Friday August 26th at 1:00PM at Holy Rosary Roman Catholic Church with Father Gerard Patry officiating and will be live streamed from the Fillatre Funeral Homes Ltd. Facebook page.