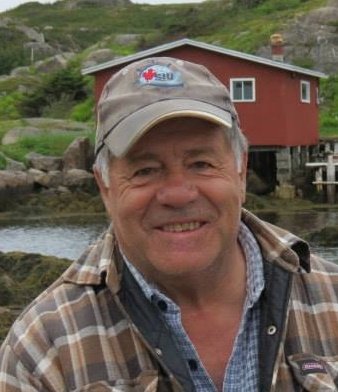 It is with great sadness that the family announce the passing of Wilfred John (Jack) Keeping of Ramea. Jack passed away peacefully in the early morning hours of June 11th surrounded by his wife Frances (Faye) and children, Neal and Jackie Lynn while at the Calder Health Care Centre in Burgeo at the age of 81 years. Jack was predeceased by his parents Cyril and Elizabeth Keeping, his sisters Darlene Keeping, Maisie McKay, and his brother Howard Keeping. Leaving to mourn with fond loving memories  are his loving family: wife Frances (Faye), and his children, Glenda (Roger), Neal (Heather) and Jackie Lynn (Spencer), as well as Jack’s siblings, George (June), Eleanor (Arthur), Evelyn (Larry), Beatrice (Edward), Frances, (Calvin), Carol (Bill), Lorna (Bob), Rowena (Gary), Della (Milt), Keith (Alice), Norma (Perry) and Darryl (Linda), as well as his grandchildren,  Lisa, Megan, Riley, Kallie, and Regan – his great-grandchildren Aubrey and Adalyn, and his many nieces and nephews. As well as his many friends near and far, and his beloved cat, Dusty. Funeral services will take place at St. Boniface Anglican Church in Ramea on June 14th and will be officiated by Rev. Elsie Rose, with a celebration of Jack’s life to take place at a later date. Funeral arrangements have been entrusted to Fillatre’s Funeral Home, Burgeo.

Services for John Keeping
There are no events scheduled. You can still show your support by sending flowers directly to the family, or planting a memorial tree in memory of John Keeping.
Visit the Tribute Store

Share Your Memory of
John
Upload Your Memory View All Memories
Be the first to upload a memory!
Share A Memory
Send Flowers