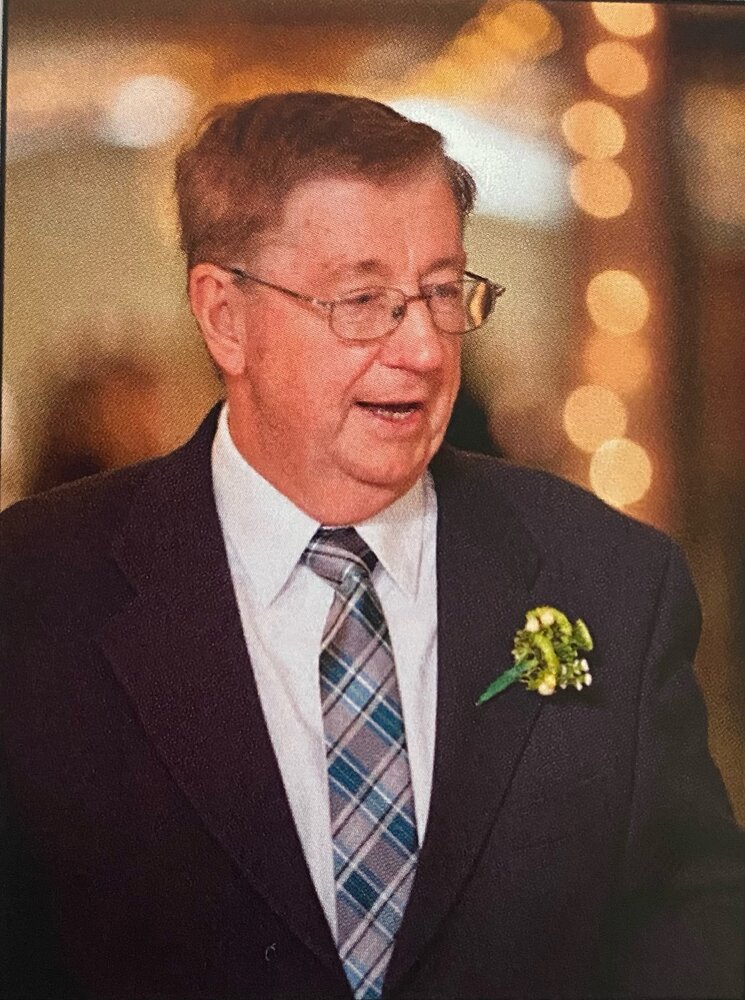 Michael Francis Blackmore was born on August 3, 1940, to Laura (Cantwell) and Michael Blackmore in

Grand Falls, NL. He passed from this life to a new journey on October 9, 2021, leaving many memories to

his wife Maureen (Basha), son John, daughters Sharon-Rose and Eileen-Anne. He is also mourned by his

brothers Ged and Bryan and sisters Joan and Anne, as well as his granddaughters (Laura, Sophie and

Adelina), grandsons (Everett, Sidney, and Lee), many nieces and nephews, and friends near and far.

A steadfast man, with an intense passion for his work as a Professional civil engineer, his hands shaped

the many structures of this island we call home over his 50-year engineering career. Through that time,

he is remembered as a man of integrity, faith, honor, and quality.

His family saw another side, a man with an appreciation of music, sport, literature, and science which he

imparted to his children. While none followed his footsteps as an engineer, they each absorbed his

wisdom in different ways to craft their own paths, much to his admiration.

doctors and nurses over the last few weeks and previous years.

Visitation to be held Tuesday, October 12, 7 – 9 PM, at Fillatre’s Funeral Home on Curling Street. Mass of

Christian Burial will be held at the Cathedral of the Most Holy Redeemer, Corner Brook, on Wednesday

In lieu of flowers, you may donate to Mary’s Kitchen, Corner Brook; The Gathering Place, St.

John’s; or another charity benefiting children or people in need.

Share Your Memory of
Michael
Upload Your Memory View All Memories
Be the first to upload a memory!
Share A Memory
Send Flowers