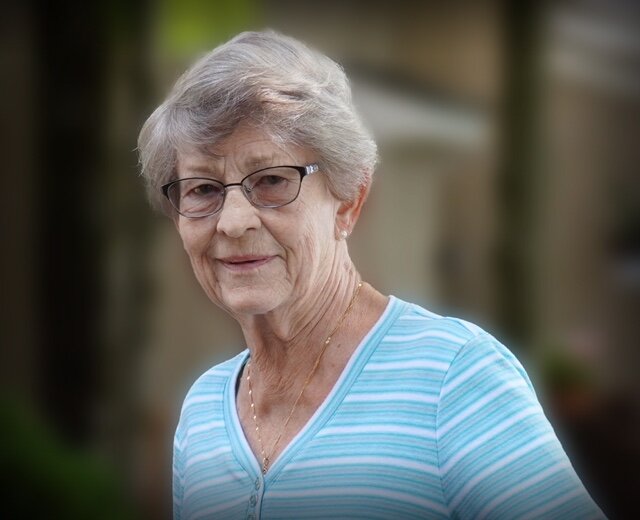 Avondale, PA - Carol Ann Scofield passed away peacefully at home on Sunday, November 7, 2021. She was born on February 25, 1943 in Curling, Newfoundland (NF) to Michael and Josephine (McHugh) Staples.

Carol Ann attended Primary, Elementary and High School in her hometown of Corner Brook, NF. She attended Memorial University in St. John’s, NF and graduated with a Bachelors of Education Degree. Carol Ann was considered a caring, compassionate teacher by all and later in her career, these attributes plus her positive attitude, enabled her to be a successful principal at Our Lady of the Cape Primary School in Cape St. George, NF and St. Stephen’s Primary School in Stephenville, NF. In Seoul, South Korea, she taught English at the Montessori School.

Of her many roles, Carol Ann’s role of wife, mother and nanny brought her the most joy. She met her husband, Bryan, a technical representative with Boeing Helicopters when he was deployed to Newfoundland in 1977 on a winter exercise with Canadian Forces CH-47 Chinook Helicopters. An Arctic snow storm delayed Bryan’s return to Ottawa by several days, and the rest is history. They were married in 1978, the beginning of a journey that took them near and far to Ottawa, Argentina, England, Spain, South Korea and back to England. When Bryan retired, they returned to the United States, his home country. Carol Ann’s love of travel and adventure led to the creation of 24 photo albums depicting yearly vacations and Boeing assignments - a lasting legacy for her family.

Carol Ann had a strong faith and personal relationship with Christ that carried her throughout her life. She participated in all aspects of church life from participating as a Eucharistic Minister and teaching the catechism, to volunteering in numerous church activities. She was a compassionate and loyal friend, and her quick humor and sayings brought laughter to all who knew her. Her faith, courage and generous spirit will continue to shine brightly in all who knew her.

A visitation will take place on Wednesday, November 17 at 10 am at St. Gabriel of the Sorrowful Mother, 8910 Newport Gap Pike, Avondale, PA 19311 with a memorial Mass of Christian Burial at 11 am. Burial will take place privately.

In lieu of flowers the family suggests donations to UNBOUND (unbound.org), St. Gabriel’s Church, or the charity of your choice.

Share Your Memory of
Carol
Upload Your Memory View All Memories
Be the first to upload a memory!
Share A Memory
Send Flowers