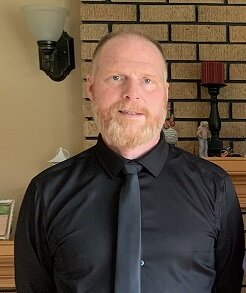 It is with great sadness that the family of the late Chris Fever announce his passing on January 22nd at the Palliative Care unit in St. John’s, at the age of 49 years. He leaves to mourn with fond and loving memories his mother Ida, and his brothers Stephen (Brigit) and David (Nora), Uncle Calvin Jackson, Aunt Neta Jackson, Uncle David Fever, Aunt Muriel Fever, Aunt Mae Power and Aunt Mary Dalton, as well as many cousins and close personal friends.

Cremation has taken place. With a celebration of life to occur at a later date.

As an expression of sympathy, in lieu of flowers, a donation may be made to the charity of one’s choice.

A Memorial Tree was planted for Chris
We are deeply sorry for your loss ~ the staff at Fillatre's Funeral Homes
Join in honoring their life - plant a memorial tree
Services for Chris Fever
There are no events scheduled. You can still show your support by sending flowers directly to the family, or planting a memorial tree in memory of Chris Fever.
Visit the Tribute Store

Share Your Memory of
Chris
Upload Your Memory View All Memories
Be the first to upload a memory!
Share A Memory
Send Flowers
Plant a Tree