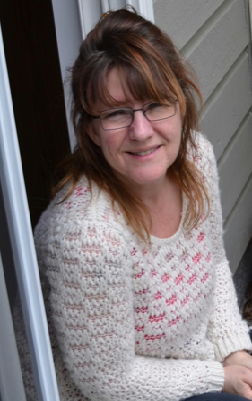 It is with great sadness that the family of the late Holly Elaine Blanchard-Giggey announce her passing on January 28, 2022, in Edmonton, Alberta after a courageous battle with cancer. Holly grew up in Woody Point, NL but made a house her home in northern Alberta. After being a working girl in the city she retired and found her perfect spot to spend her days. You could find Holly with her husband on their acreage enjoying nature and its peacefulness.

Leaving to mourn with loving memories are her husband, Danny; children, Crystal (Barry) and Drew (Brittany); grandchildren, Mckenzie, Tommy, Julia, and Aayla; and her cherished father Walter Blanchard of Woody Point, NL. A special mention to extended family that she held close to her heart. Holly was predeceased by her mother Mary Blanchard in 2019.

In keeping with Holly’s wishes, cremation will take place with no services at this time.

A Memorial Tree was planted for Holly
We are deeply sorry for your loss ~ the staff at Fillatre's Funeral Homes
Join in honoring their life - plant a memorial tree
Services for Holly Blanchard-Giggey
There are no events scheduled. You can still show your support by sending flowers directly to the family, or planting a memorial tree in memory of Holly Blanchard-Giggey.
Visit the Tribute Store

Share Your Memory of
Holly
Upload Your Memory View All Memories
Be the first to upload a memory!
Share A Memory
Send Flowers
Plant a Tree