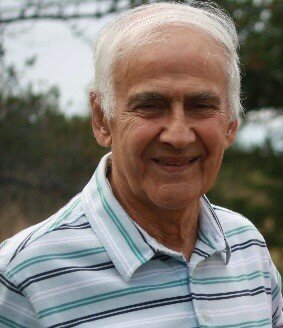 Special thank you to our home support workers from Maximum Home Care, who went above and beyond to care for Dad during his illness and who continue to care for our dear mother; WHA Medical Staff attending to the community of St. George’s and to the staff of the Palliative Care Unit in Corner Brook. Your professionalism, kindness and care will never be forgotten and so deeply appreciated.

Thank you to all for your gifts of time, food, messages, phone calls and words of support for our family at this most difficult time.

Funeral arrangements and interment are to be held at a later date when family and friends can gather freely.

Gordon Aucoin was the epitome of a gentleman/ husband/father/ father in law/grandfather/great grandfather/son/brother/uncle/cousin/ teacher/ community leader/ friend.  He only had the capacity to love with all his heart- his legacy lives on in the lives of his children whom he taught by example and word. He will be missed but ever lovingly remembered by all whose lives he touched.

Share Your Memory of
Gordon
Upload Your Memory View All Memories
Be the first to upload a memory!
Share A Memory
Plant a Tree