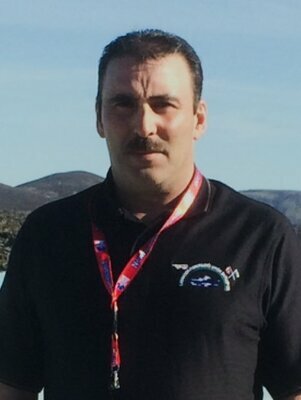 It is with great sadness that the family of the late Craig Herbert Rumbolt announce his passing at home in Mary’s Harbour, Labrador, on February 9, 2022, at the age of 51 years. Leaving to mourn with many precious and loving memories, his beloved wife of 25 years, Bonnie; his only child-the light of his life, Blake; his loving parents, Paul and Ivy Rumbolt; and devoted brothers and their wives: Stanley (Amelia), Barry (Lisa), Denley (Karen), and Todd (Sandra); in-laws Malcolm and Verna Pye; sisters and brothers in-law Dorothy (Brian), Lorna (Craig), Brad (Christa), Katherine (Scott), and Grace (Sheldon); as well as a large circle of aunts, uncles, nieces, nephews, cousins, friends, and colleagues.

Craig was a true son of Labrador who enjoyed spending time at the family cabin in Indian Cove, duck hunting, and cutting firewood. Full of wit, he loved to tell stories to make others laugh. Craig was a music lover and spent countless Saturday nights listening to Labrador artists and his favorite country singer, Merle Haggard. Though a humble man, he was known for his tremendous generosity and kind spirit. Craig served the community he adored as the plant manager of the Labrador Fisherman’s Union Shrimp Company, a role he loved and performed with great pride.

After a two-and-a-half-year battle, Craig lost his life on earth to cancer. He was a fighter until the very end. Honoring his wishes, he left us peacefully in his own home, surrounded by his family. A celebration of life will be held at a later date. As expressions of sympathy, donations will be graciously accepted by the Dr. H. Bliss Murphy Cancer Care Foundation noting in memory of Craig Rumbolt. All donations will be used to improve the cancer journey specifically for other Labradorians.

Gone but not Forgotten

A Memorial Tree was planted for Craig
We are deeply sorry for your loss ~ the staff at Fillatre's Funeral Homes
Join in honoring their life - plant a memorial tree
Services for Craig Rumbolt
There are no events scheduled. You can still show your support by sending flowers directly to the family, or planting a memorial tree in memory of Craig Rumbolt.
Visit the Tribute Store

Share Your Memory of
Craig
Upload Your Memory View All Memories
Be the first to upload a memory!
Share A Memory
Send Flowers
Plant a Tree