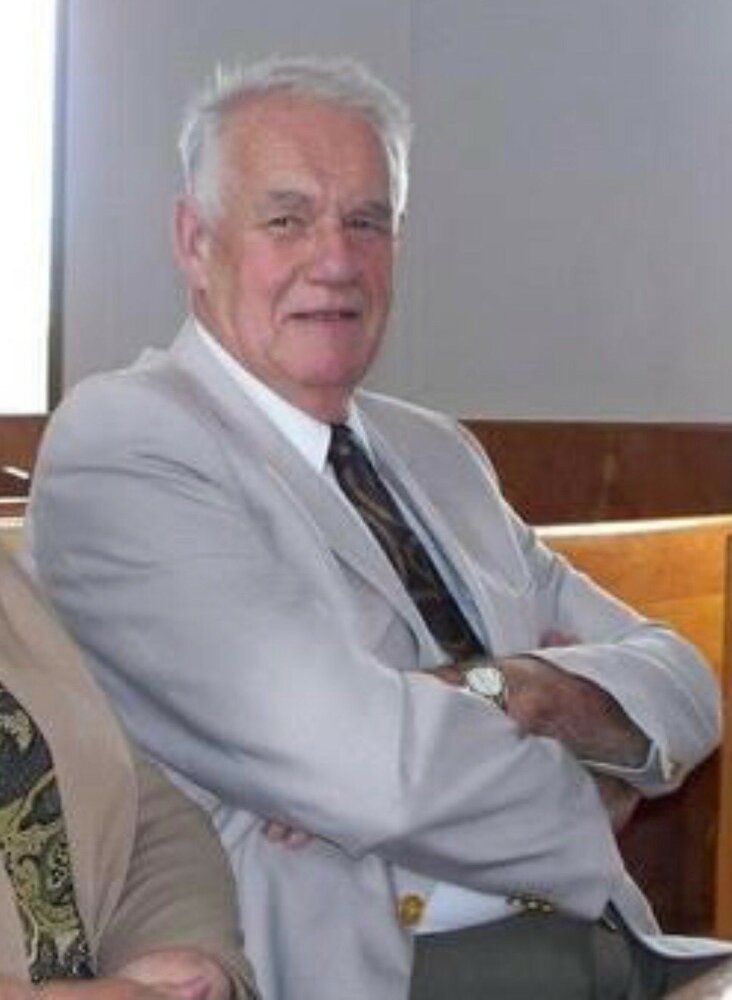 It is with great sadness that the family of Fredrick S. Hawkins, at the age of 88, announce his passing on March 25, 2022, at the Palliative Care Unit at Western Regional Long Term Care with his loving family by his side.

Born in Corner Brook, Dad was the son of the late Fredrick B. and Kate (Churchill) Hawkins. He was very devoted to his family and held a special place in his heart for his three grandchildren and new great grandson, Kaleb Luke Flowers. Dad was predeceased by his wife, Jean (Hickman), his brother Eric, and sisters Vera (Hawkins), Joyce (Clarke), and Jean (Briggs) and granddaughter Megan.

Dad spent his career as employee, foreman and Departmental Supervisor for the Corner Brook Pulp & Paper Ltd, where he retired after 38 years of service. He joined the Naval Reserves at the HMCS Caribou naval base in Corner Brook in 1953. He was selected as one of 22 reserves across Canada to represent Canada at the 50th anniversary celebrations of the Royal Navy Volunteer Reserves in London England. In 1958 the HMCS Caribou Naval base was decommissioned, and he was placed on the Reserve list in the event of any emergencies. In 1975 he joined the West Coast Naval Association.

In 1964 Dad joined the Freemasonry at Corner Brook Lodge #11 and dedicated over 58 years of his life to this brotherhood serving in varying degrees and positions. In 2003 he was appointed the Past Grand Junior Deacon for the Grand Lodge of Newfoundland & Labrador.

Dad was a member of the First United Church in Corner Brook and as member served on the Ushering Committee, the Collection Counting Committee, and volunteered with the Men’s Service Club.

In 1983, Dad became a Founding Member of the Corner Brook Shrine Club and served as Club President for 3 years.  Between 1983 – 2011 he served on the Board of Directors for the CB Shrine Club and spent 7 years as the Patient Coordinator, being responsible for organizing patient and family travel to Shriners Hospitals throughout North America.  In 1991, he was elected to the Divan of the Mazol Shine of NL and in 1995 served as the Illustrious Potentate of the NL Mazol Shrine. He also served as a member of the Boot Shrine Club in Marystown for over 20 years and was awarded a lifetime membership of this club in 2018.

The family would like to thank Dr. David Coleman and his receptionist Gertie Skeard, Dr. Kate Lafferty and all the nurses at the Palliative Care Unit, and the community health nursing team who have shown Fred care and compassion over this past year. As per Fred’s wishes, cremation has already taken place and a private family service will be hosted at Fillatres Funeral Home Chapel with Rev John van Vliet officiating on Tuesday, March 29, 2022.

As expressions of sympathy, in lieu of flowers, donations may be made to Mazol Shriners 530 Topsail Rd. St. John's, NL A1E 2C5, 709-364-1591 www.mazolshriners.com   or the Palliative Care Unit – Western Regional Long Term Care or a charity of your choice. The family guestbook can be signed by visiting www.fillatre.ca

A Memorial Tree was planted for Frederick
We are deeply sorry for your loss ~ the staff at Fillatre's Funeral Homes
Join in honoring their life - plant a memorial tree
Services for Frederick Hawkins
There are no events scheduled. You can still show your support by sending flowers directly to the family, or planting a memorial tree in memory of Frederick Hawkins.
Visit the Tribute Store

Share Your Memory of
Frederick
Upload Your Memory View All Memories
Be the first to upload a memory!
Share A Memory
Send Flowers
Plant a Tree