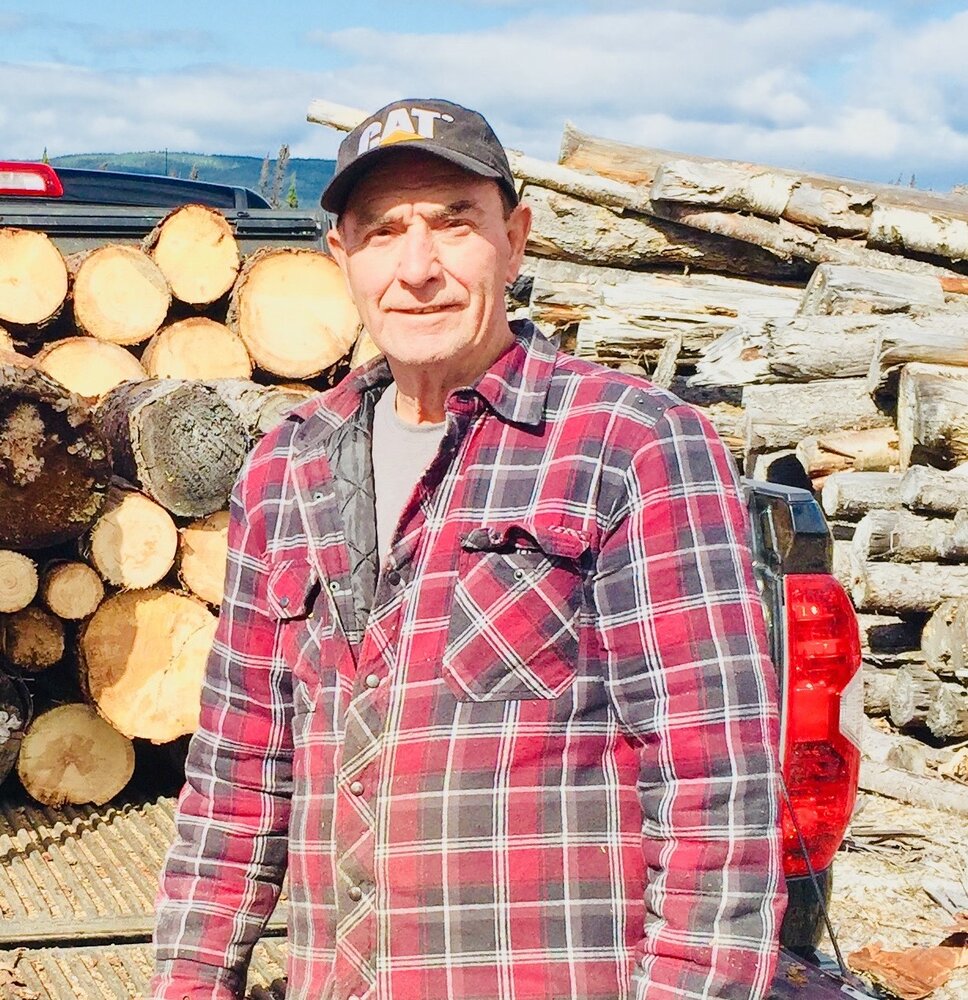 Please share a memory of James to include in a keepsake book for family and friends.
View Tribute Book

It is with heavy hearts that the family of the late James William Brenton announce his passing on
Wednesday July 20, 2022 at the Labrador Health Centre in Happy Valley – Goose Bay, Labrador. His
family were by his side til the end. He was 77 years old.
Jim was born on March 28, 1945 in Roddicton, NL. He moved to Goose Bay on Sept 16, 1974 to seek
employment with the Dept of National Defense and continued to work there until 2008. Jim was a
family man who worked tirelessly to support his family by running his own business while continuing to
work with the base for many years. He moved to Fort McMurray in 2008 til 2017 where he worked with
Suncor Energy. He retired in 2017 and relocated back to Goose Bay to spend time with his family.
Jim loved spending time at the hockey rink coaching his kids in his earlier years and travelling for hockey
camps on vacation to various provinces. He enjoyed spending time in the woods cutting firewood,
camping and spending countless hours in his garage restoring and painting vehicles was his main hobby.
In his later years he enjoyed camping in his motorhome with his wife and family, and taking vacations to
many places. It was while camping he met Evie, whom he lovingly always called Phoebe. She became his
best friend and companion and brought him much comfort to the end.
Leaving to mourn with fond and loving memories, his loving wife of 43 years, June (Fillier), sons Jason
(Bonita) and Justin. Daughters Jolene (Sheldon) and Jenny (Leroy), grandsons Evan Brenton and Austin
Pilgrim, granddaughters Jacey Pilgrim and Callie Brenton and also his grand-dog Phoebe (Evie).
Also left to mourn are Jim’s mother, Hazel Brenton, brothers Raymond (Marjorie), Wilson (Pearl), Alfred
(Charlotte) and David (Lillian). Sisters Bessie (Jack) Courage, Ruby (Bruce) Pittman, and Shirley Brenton.
His father in law Alvin Fillier, brother in laws Donald Fillier, and Robert (Thirza) Fillier. Sister in laws,
Loretta (Clarence) Webber, Gladys (Wayne) Brown, and Rosalind (Morgan) Newman as well as many
nieces and nephews.
Jim was predeceased by his father Alexander Brenton, sister Mae Hopkins, sister in law Verna Fillier and
brother in law Austin Fillier.
The family would like to thank the doctors and nurses on the 7 th and 4 th floor at St. Clares Mercy Hospital
in St. John’s, Dr. Stewart Rorke at the H. Bliss Murphy Cancer Centre in St. John’s and the doctors and
nurses at the Labrador Health Centre, especially Dr. Karavinov and Angie Lawrence.
In keeping with Jim’s wishes, donations may be made to the SPCA in Happy Valley – Goose Bay on behalf
of Evie Brenton (Phoebe).
Jim will be resting at Fillatre’s Funeral Home at 45 Aspen Drive, Happy Valley – Goose Bay. Visitation for
family will be Saturday July 23 from 7-9 and for the public on Sunday, July 24 from 2-4. The funeral will
be held on Monday, July 25 at 2:00 at the Bethel Pentecostal Tabernacle 250 Hamilton River Road.
-“If we listen closely, we can hear the gentle rustle of angel wings and know that you are still with us.”-

Share Your Memory of
James
Upload Your Memory View All Memories
Be the first to upload a memory!
Share A Memory
Plant a Tree