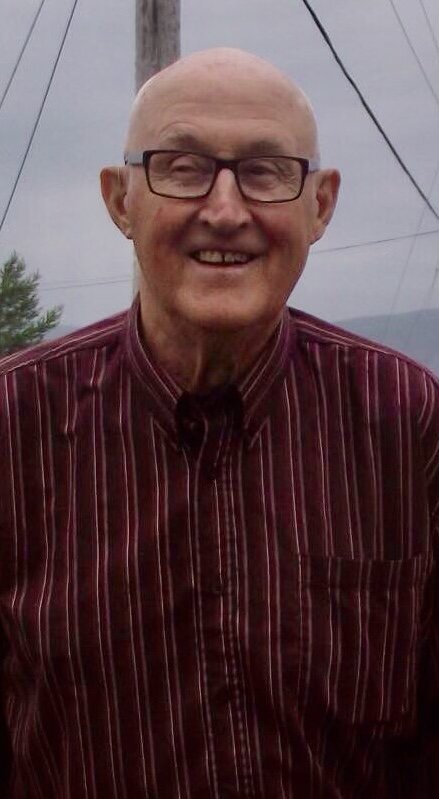 Please share a memory of Reginald to include in a keepsake book for family and friends.
View Tribute Book

Passed away peacefully at the age of 80 at Western Memorial Hospital with his Family by his side. Dad was born at the Stephenville Crossing Hospital to Anita & Roy Reader. They resided in Heatherton, at the age of 16 years old his family moved to Cox’s Cove where he met the love of his life our mom, Grace.  They Married on January 29th, 1960 and was married 62 years. They lived in Cox’s Cove all their married life until November 2021 where they moved to the Mountainview Meadows Senior home.  Thank you so much for the care you gave our dad. He would tell us how good the staff was to him and mom and the great meals they had.

The family would like to extend a big THANK YOU to Dr. Robert Brake who was his Physician for 50 plus years.

The family would also like to send a big THANK YOU to the Western Health Staff on 3A.  You were all so good to him while he was there. You made sure he was clean and shaven every day. You were also so good to our mom when she would call in to inquire about him.  We will always be grateful for your care;we can never thank you enough especially with the shortage of staff, but you all still went above & beyond.

Cremation has taken place by his request.  He will be layed to rest at a later date where he will be between our Mom when it’s her time and his Mom, Anita at the Mount Patricia Cemetery.

In Lieu Flowers Donation can be made in his Honor to the Cox’s Cove St. Nicholas Anglican Church or the Emmanuel Pentecostal Church Memorial Fund.

Wearing a mask would be greatly appreciated.

Share Your Memory of
Reginald
Upload Your Memory View All Memories
Be the first to upload a memory!
Share A Memory
Send Flowers
Plant a Tree