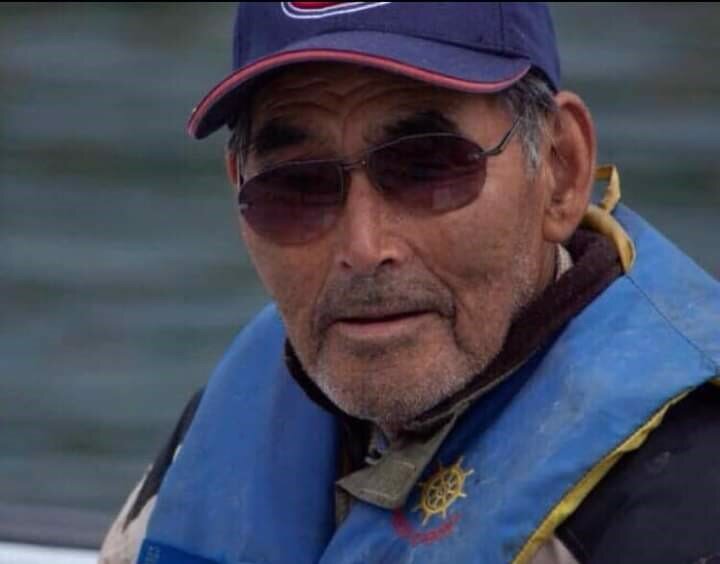 Please share a memory of Willam to include in a keepsake book for family and friends.
View Tribute Book

It is with great sadness that the family of the late William (Willie) Winters announce his passing on August 19, 2022, in Happy Valley – Goose Bay at the age of 87. Left to mourn with fond and loving memories are his wife of 69 years, Katie Winters; daughters Liz, Mary (Leo), Nancy, Beatrice, and Evelyn; son Willie and daughter-in-law Edna. He also leaves 28 grandchildren, 30 great-grandchildren and 3 great-great-grandchildren; brother-in-law Richard (Leah) and sister-in-law Sarah. He also leaves a large circle of nieces and nephews, friends, and extended family.

Willie was a quiet and gentle man; he spent his life living off the land: hunting, fishing, and trapping. He was also a master craftsman, building flats and kamotiks. He was a carpenter; he was well known for his miniature snowshoes and kamotiks. He also made the tastiest smoked char. He spent some time as a commercial seal hunter and caribou hunter and was one of the best caribou trackers.

Willie had a quiet sense of humour. The family has so many wonderful memories of his love for them. Little things like putting kids in an already loaded wheelbarrow so they wouldn’t have to walk, making sure everyone else was fed before he ate, making push sleds and kamotiks for grandchildren, and making flats for all. He will be dearly missed.

Friends and family may visit Fillatre's Funeral Home, 45 Aspen Drive, on Saturday, August 20, from 2-4 p.m. There will be a funeral service held in Nain.

Share Your Memory of
Willam
Upload Your Memory View All Memories
Be the first to upload a memory!
Share A Memory