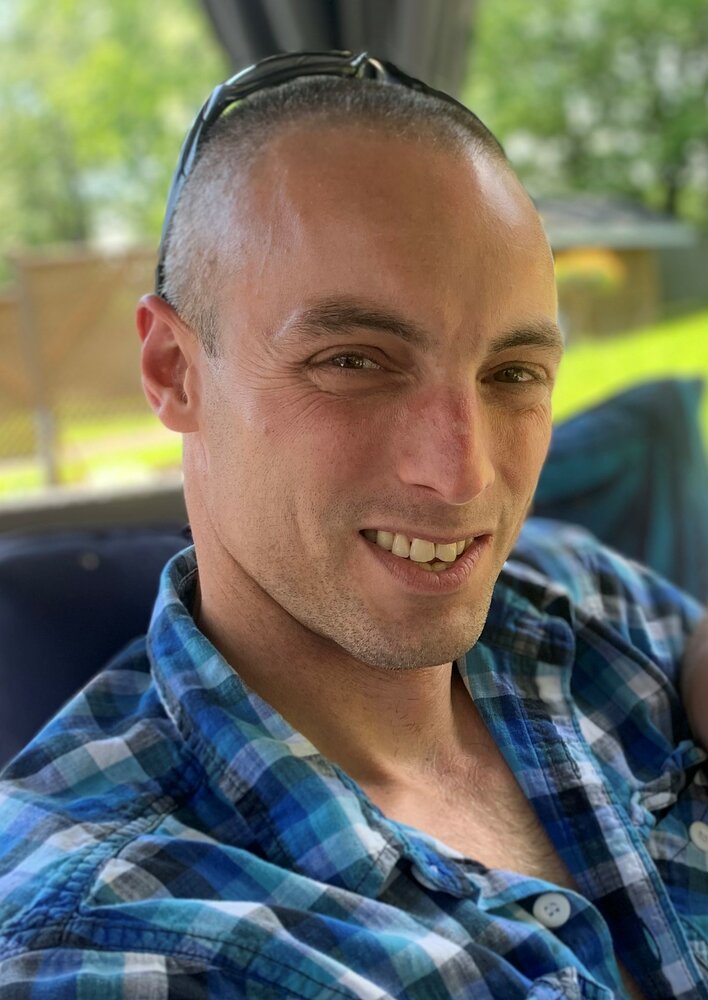 Please share a memory of David to include in a keepsake book for family and friends.
View Tribute Book

With broken hearts and disbelief, we announce the passing of our precious son, brother, uncle, father and friend to many. David died peacefully in his sleep in the early hours of Saturday past.

Without understanding why this beautiful young man was taken from us so suddenly, we remember David for his inviting smile, his big heart and his quick humour. He was loved by many and wherever he went he touched others with his infectious grin, strong handshake or warm hug.

However, David’s strength and determination was continuously tested in recent years as he was diagnosed and learned to manage his life while medicated for his bipolar disorder. After losing most everything dear to him three and a half years ago: his wife, contact with his daughter, his business, his home and even access to many of his friends and family, David rebounded to become the loving, kind and hard-working man that he always was. He reconnected with his friends, made new ones in his new province and worked as a long-haul trucker hauling freight all over North America. He prevailed and excelled despite the hurdles thrown at him and that warm smile and silly grin never left him.

Throughout David’s short life, he touched many people through his varied interests, talents and endeavours. Some of his friends called him “farmer” because of his participation in the dairy business but he was also a very talented carpenter and proficient truck driver. A former alpine ski racer himself, he coached kids on the Marble ski team, volunteered as a firefighter, was an excellent public speaker and even was an auctioneer. He also loved the outdoors and was an avid hunter and fisherman.

A “Celebration of David’s Life” will take place at the MacIsaac Funeral Home in Antigonish, on Friday, September 2nd at 2:00 p.m. The following week another “Celebration of David’s Life” will be held at the Marble Mountain Ski Lodge in Steady Brook, NL on Saturday, September 10th at 1:30 p.m. All are welcome to drop by to either of these events to honour and remember David.

In lieu of flowers, if you would like to make a donation in David’s memory, he would have loved it if you support the Marble Mountain Alpine Race Team Inc. by making an e-transfer donation to: mmartitreasurer@gmail.com.

Arrangements have been entrusted to the White Family Funeral Home and Cremation Services, Kentville. On-line condolences and inquiries may be directed to www.whitefamilyfuneralhome.com.

A Memorial Tree was planted for David
We are deeply sorry for your loss ~ the staff at Fillatre's Funeral Homes
Join in honoring their life - plant a memorial tree
Services for David Simmons
There are no events scheduled. You can still show your support by sending flowers directly to the family, or planting a memorial tree in memory of David Simmons.
Visit the Tribute Store

Share Your Memory of
David
Upload Your Memory View All Memories
Be the first to upload a memory!
Share A Memory
Send Flowers
Plant a Tree