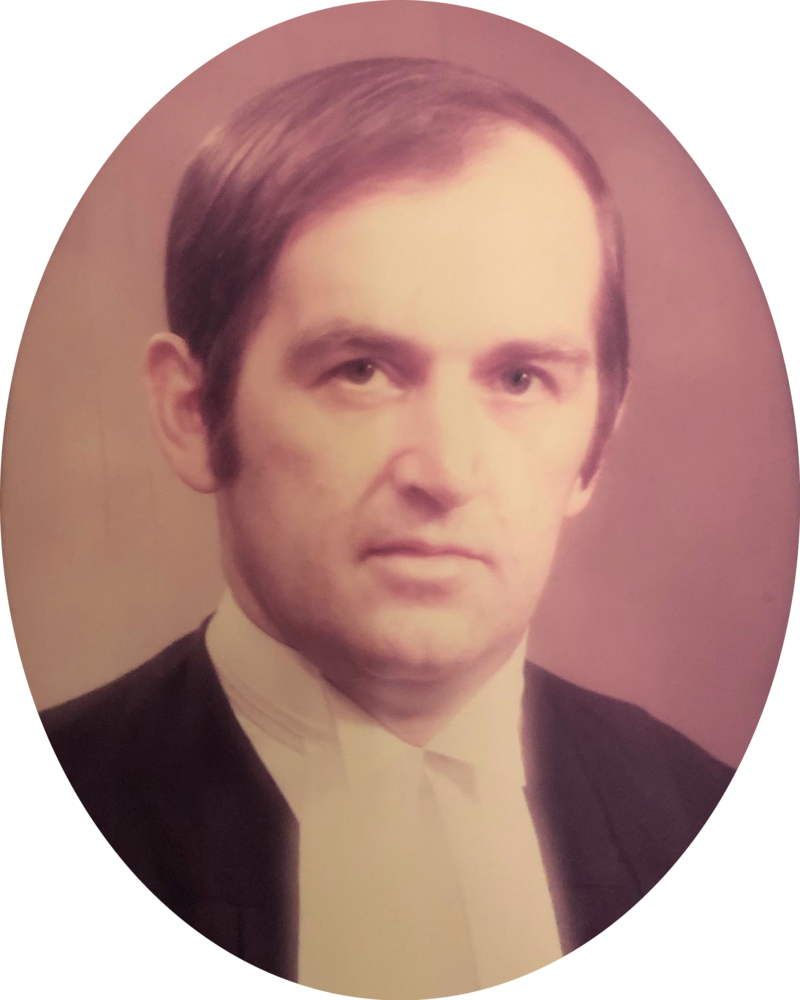 It is with much sadness that the family of Eugene R. Ozon announce his death in Corner Brook on September 1, 2022, in his 84th year.

He leaves to mourn his wife of 56 years, Jane (Chaffey), his son, Dr. Marc Ozon and his wife Sarah Wells, and his grandchildren Lewis, Miriam, and Vera, the lights of his life. He also leaves his brother-in-law Frank (Lorna) Chaffey, sisters-in-law Louise Chaffey and Ruby Chaffey, and many nieces, nephews, and relatives, particularly his cousin Roger (Ellen) Ozon. Special thanks to his nephew Greg Taaffe and wife Joy, as well as several valued friends, for the care they provided during his illness.

He was predeceased by his father and mother, Louis Ozon and  Beatrice (Power) Ozon, his sisters Marguerite and Laura (Frank) Taaffe, his brothers Ted (Marg), Joe (Marg), and Robert (Marie), his brothers-in-law Calvin Chaffey and Richard Chaffey, and his sister-in-law Florence (Bugden) Chaffey.

He loved sports, and was a good athlete. He was junior tennis champion for Newfoundland in 1956, played baseball for many years and was the proud recipient of the Buck Tavenor Memorial Trophy in 1985. He played hockey and bowled, was an avid skier, including in the “Old Sam” races, and was a co-founder of the “OTH” badminton group, friends who played and laughed together for decades.

He is resting at Fillatre’s Funeral Home, 4 St. Mark’s Avenue, Corner Brook. For those who want to pay their respects, visitation will be from 7-9 p.m. on Sunday, September 4, 2022. The funeral Mass will be held at the Cathedral of the Most Holy Redeemer, Corner Brook, on Monday, September 5, 2022, at 2:00 p.m. Interment will be at Mount Patrica Cemetery. In lieu of flowers, a donation in his memory to Canadian Blood Services would be appreciated, either by donating blood in your area or with a contribution to the organization.

Eugene had many gifts, and did not hesitate to share his enthusiasm, his warmth, and his kindness. He made the world better for all who knew him. He will be deeply missed, but thanks to him, the world is still a better place.

Share Your Memory of
Eugene
Upload Your Memory View All Memories
Be the first to upload a memory!
Share A Memory
Send Flowers
Plant a Tree