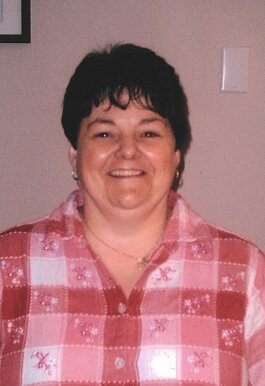 Please share a memory of Madonna to include in a keepsake book for family and friends.
View Tribute Book

It is with great sadness that the family of the late Madonna Margaret Reardon announce her passing on September 12, 2022 at the Toronto General Hospital at the age of 58 years. She leaves to mourn with fond and loving memories her husband of 39 years Kevin Reardon; children: Charlene (Dustin) Blake, Terri Lynn (Justin) Organ and Kevin Jr. (Mary) Reardon; grandchildren: Keira, Frederick, Kenzie, Harleigh and Gabriella; father Frederick Hurley; sister Elizabeth (Jerard) Flynn; brothers: Gerard (Joan) Hurley and Francis Hurley; as well as a large circle of sisters and brothers-in-law, nieces, nephews, other relatives and many friends. She was predeceased by her mother Margaret Hurley and grandparents Walter and Mary Joy. Cremation has taken place. Friends may visit Fillatre’s Funeral Home, 4 St. Mark’s Avenue on Tuesday, September 20 from the hours of 2-4 & 7-9 p.m. The Mass of Christian Burial will be held on Wednesday, September 21 at 10:00 a.m. from The Cathedral of the Most Holy Redeemer, Mount Bernard Avenue. A private family interment will be held at the Roman Catholic Cemetery in Conche. As expressions of sympathy, flowers graciously accepted or donations may be made to a charity of ones choice.

The Funeral Service can be viewed Live through Ed Terry's Facebook Page.

Share Your Memory of
Madonna
Upload Your Memory View All Memories
Be the first to upload a memory!
Share A Memory
Send Flowers
Plant a Tree