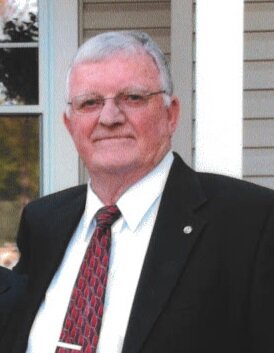 Please share a memory of Victor to include in a keepsake book for family and friends.
View Tribute Book

It is with broken hearts that we announce the peaceful passing of our beloved husband, Dad, and Poppa, Victor J. Turpin, at the age of 87 years. Mourning his loss are the love of his life, his wife of 62 years Mary (nee Molloy); his adored children, David and his wife Ann Marie, Jed and his wife Brenda Janes, Luanne and her partner Louise, Carmel, and Norma and her husband Murdock Brake; his cherished grandsons, Dr. MacKenzie Turpin and Norman Brake. He is also survived by his sisters-in-law, Meta Turpin, Patricia Bennett and Shirley Grant. He also leaves to mourn numerous cousins, nieces and nephews. Vic was the last surviving member of the family of Edward and Lucy (nee Pike). In addition to his parents, he was predeceased by his brothers Francis (Roche), Robert and Gerard; his sisters, Theresa O’Reilly, Agnes Lees, Lena Reilly, Violet Lundrigan, Nora Rector, Flora Fitzpatrick, Mary Cove, and Norma Turpin.; and his parents-in-law David and Annie Molloy. Vic spent his early years in Little St. Lawrence living on Turpin’s Island before moving to St. Lawrence. He worked at the mine in St. Lawrence and after its closure, worked in several mines across the country before moving his family to Corner Brook where he worked at North Star Cement. Vic was a humble, often quiet man yet had a quick wit and a sense of humour. While he was happiest just spending time with his family, throughout his life Vic enjoyed the outdoors whether it was hunting, trouting or snowmobiling. He was an avid fan of the Montreal Canadiens and the St. Lawrence Laurentians; he loved having a good game of cards and entertaining those in his company with some of his favourite silly songs, all while having a toddy. We have so many wonderful memories that we will treasure for all our days that will help us fill the void left from his passing. Friends may visit Fillatre’s Funeral Home, 4 St. Mark’s Avenue on Thursday from the hours 2-4 & 7-9 p.m. The Mass of Christian Burial will be held on Friday, October 14 at 2:00 p.m. from All Hallows Parish, Humber Road with Father Edward Terry officiating. Interment to follow at Mount Patricia Cemetery. As expressions of sympathy, donations may be made to Corner Brook Long Term Care, Western Memorial Regional Hospital Foundation.

Share Your Memory of
Victor
Upload Your Memory View All Memories
Be the first to upload a memory!
Share A Memory
Send Flowers
Plant a Tree