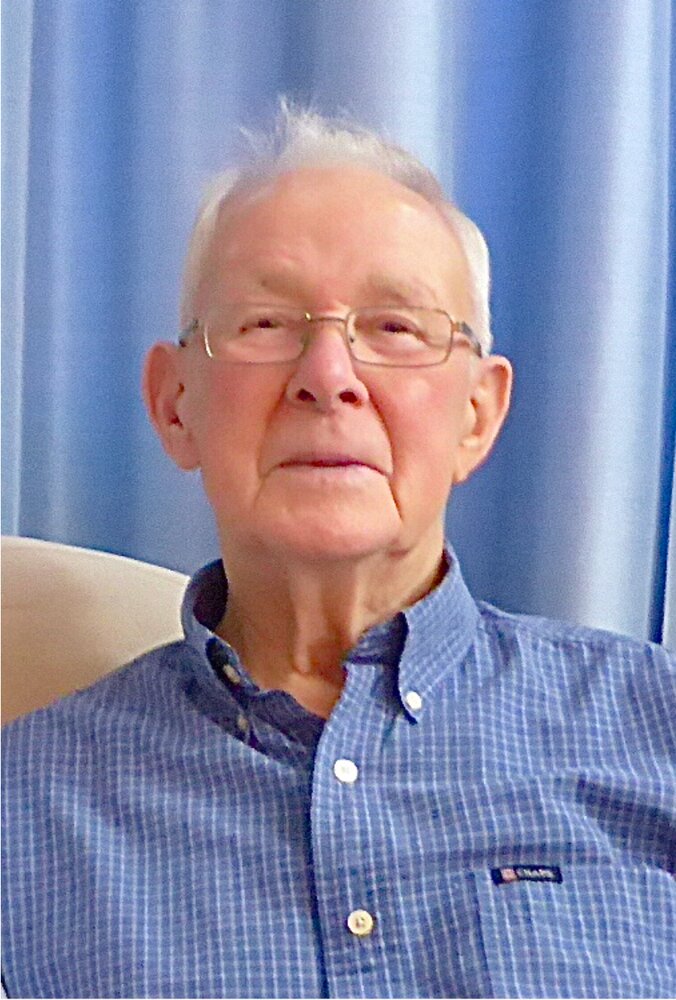 Ronald Harold Denny (CARD OF THANKS)

Obituary of Ronald Harold Denny (CARD OF THANKS)

The family of the late Ronald Harold Denny would like to express sincere thanks and appreciation to everyone for the kindness and support shown to our family at the time of his passing. Your presence at the service, your calls, online messages, donations and gifts of food were greatly appreciated. We extend special thanks to the staff at Mountainview Retirement Home, the staff of 3B Medicine and the Rehabilitation Unit, at Western Memorial Regional Hospital. We also want to thank Doctor Robert Young, and his receptionist Kimberly for their continued care and concern. Finally, thank you to Majors Brian and Valerie Wheeler as well as Zachary Wheeler for a beautiful funeral service.

Ron was born on Pilley’s Island, Notre Dame Bay, the youngest son of Albert and Louisa (Patey) Denny. Ron received his education on Pilley’s Island, and spent the first summer following graduation working with his father, fishing on the Labrador coast. Following this he worked briefly on the Badger Drive in Central Newfoundland.

Having decided that the life of a fisherman or a logger was not for him, in 1945 at the age of 18, Ron hopped a train for Corner Brook, where he heard that the newly constructed Bowater Paper Mill was hiring and the pay was good! He described walking along the railway track in front of the Mill when someone shouted “Are you looking for a job? “ and that was the start of a forty-three year career with the company. He worked at the grounds of Corner Brook House, on the pulpwood charging floor, and in the Sulphite Mill. He eventually worked up to assistant superintendent of the  Wood Preparing Department. He retired from the Mill in 1988.

Ron met Marie Eveleigh from Hampden at the home of Clayton Hull, his brother-in law, while Marie was in Corner Brook helping to look after her sister’s children. They were married on December1st. 1947.

Ron was always known as a hard worker. He completed a home study electrical course in 1965 and did electrical work to supplement his income. He constantly worked at improving the family home and had a keen interest in keeping the property in top shape. One of the family’s biggest fears was that he was going to fall off the ladder that he kept on the roof, so that he could shovel off snow every winter!

It was not all work for Ron however, as he had another passion - salmon fishing! He was an avid fisherman who never came home without a fish! He knew all the good spots and had a special secret place at Mistaken Point. He was never happier than when he was on the river.

As well as being a devoted husband and father and grandfather, Ron had a deep religious faith. He was a regular church goer and member of the Salvation Army Mens’ Group. He often helped out at Christmas with the Kettle Campaign, and continued to support the Church up until his illness and death. Ron was also community minded. At age 92, he came to fame on the front page of the Western Star - as the person responsible for shovelling out the fire hydrant in front of his house year after year.

Ron was a fiercely independent person, he looked after Marie throughout her long illness refusing to accept help even in his nineties! They stayed in their own home until he was 94 and was still driving his own car, doing his own banking, shopping etc. up until a few months ago. He was proud of the fact that he could do these things at his age and often said“ I know I’m a lucky man.”

Actually it was family and friends who were lucky to have known Ron - he lived a very long and full life and set an example for us all.

In keeping with Ron’s wishes, private family service (by invitation only) will be held at 2pm on Monday, November 14, 2022 at the chapel, Fillatre’s Funeral Home St. Mark’s Avenue, Corner Brook. Majors Brian & Valerie Wheeler officiating, with visitation from 1-1:45 pm. Interment to follow at a later date. In lieu of flowers, donations may be made to the Salvation Army Temple or a charity of one’s choice.

The family wishes to extend heartfelt thanks to the staff of 3B Medicine, the Rehabilitation Unit and Mountainview Retirement Home for their care and compassion shown to their father.

Ronald Denny (CARD OF THANKS)