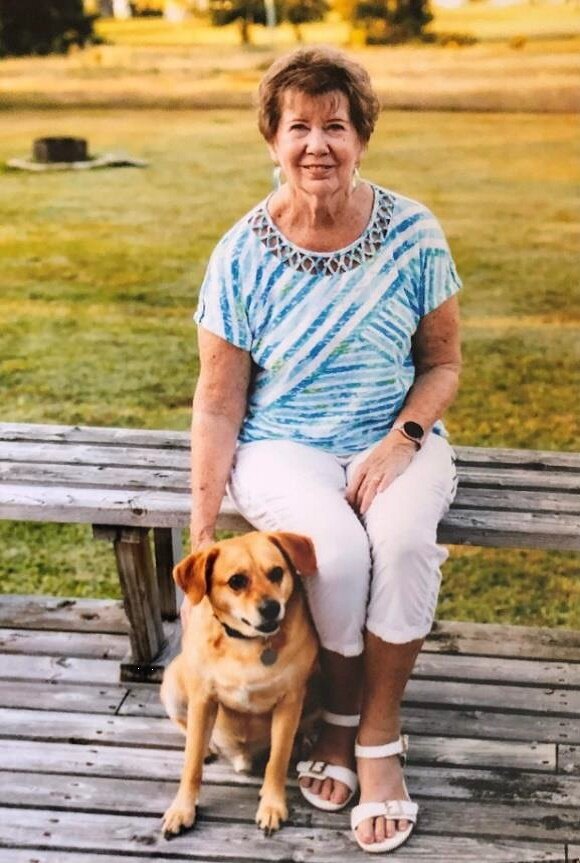 Please share a memory of Judith to include in a keepsake book for family and friends.
View Tribute Book

Just six months following the death of her beloved husband, Judith C. Sweetapple lost her brief but courageous battle with cancer on November 24, 2022. She was born in Burbank, California and was daughter of the late Ivan and Constance (Moga) Johnson.

Along with her parents, she was predeceased by her husband Don and sister-in-law, Dee Johnson.

Judy had a special place in her heart for animals. Her fur-baby Marley was never too far from Judy’s side as they went everywhere together. Judy was known to love a good estate sale and sharing in her excitement in finding a great deal! She and Don also enjoyed hosting many elaborate dinner parties for all their close friends in Arizona.

Judy’s family would like to extend their deepest gratitude to all of her friends of Sun City West, for helping to care for Judy while she was bravely fighting her illness.

Her family takes comfort in knowing that she spent the last of her precious time with her pride and joy, her son Neil, her daughter-in-law Bailey and her bright light, her new granddaughter Summer.

In keeping with Judy’s wishes, there will be no visitation or service. As expressions of sympathy in Judy’s memory, donations may be made to Canadian Cancer Society or the SPCA.

Look inside to read what others have shared
Family and friends are coming together online to create a special keepsake. Every memory left on the online obituary will be automatically included in this book.
View Tribute Book
Services for Judith Sweetapple
There are no events scheduled. You can still show your support by sending flowers directly to the family, or planting a memorial tree in memory of Judith Sweetapple.
Visit the Tribute Store

Share Your Memory of
Judith
Upload Your Memory View All Memories
Be the first to upload a memory!
Share A Memory
Send Flowers
Plant a Tree