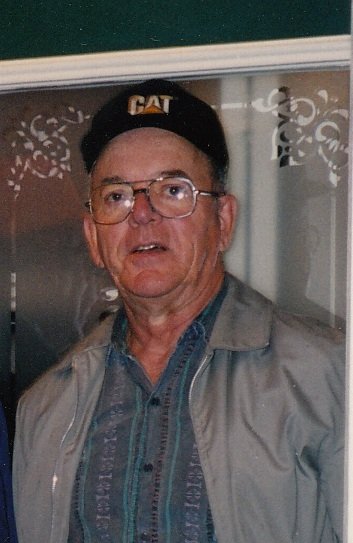 John “Jack” Gerard Carey Corner Brook, NL July 20, 1937 – January 3, 2021 It is with great sadness that the family of the late John “Jack” Gerard Carey announce his passing on Sunday, January 3, 2021 at the Western Long Term Care, Palliative Care Unit at the age of 83 years. He leaves to mourn with fond and loving memories his wife of 58 years Theresa (nee Mitchell); children: John (Tania) Carey and Regina Carey; sisters: Sister Rosalie Carey and Anne (Humphrey) Dye; brothers: Wilfred (Catherine) Carey and Donald (Rosemary) Carey; sisters-in-law: Myrtle Carey, Theresa Carey, Marjorie Carey, Regina Mitchell, Ita (Alonzo) Cusick and Bride Mitchell, brother-in-law Patrick (Lolita) Mitchell; as well as a large circle of nieces, nephews, other relatives and friends. He was predeceased by his parents Michael and Frances Carey, sister Rosalie (Jim) Quigley, brothers Jim (Josie) Carey, Joshua Carey, Michael (Marlene) Carey, Charles Carey and Gerry Carey, parents-in-law Vincent and Anne Mitchell, sisters-in-law Philomena Mitchell and Susanna (Johnny) Hannam, brothers-in-law Anthony Mitchell, Thomas (Maude) Mitchell and Hughie Mitchell. Jack lived a full and rewarding life – a hard worker with a keen mind and an interest in a wide range of pursuits. He loved to travel, to hunt and fish. He enjoyed spending time with Theresa at their cabin at Caribou Siding, and despite all the places he had been, he valued his cabin the most. He loved to read, and a wide variety of topics held his interest. He liked and enjoyed meeting people and getting to know them. After retirement, Jack started his snowshoe business and soon his interest in this art became a wonderful avenue of meeting new people. His snowshoes were a hit throughout Canada and the United States. CBC’s “Land and Sea” featured Jack and the snowshoe making and this resulted in his becoming fondly known as the “Snowshoe Man”. Above all else, Jack was a story teller. He enjoyed spinning a yarn for young and old, often embellishing a few facts down through the years. Most of all, Jack was a family man – his family was his greatest treasure. He was devoted to Theresa, John and Regina and deeply valued his life and love with them. Due to Covid-19 Government Restrictions a private family visitation will be held at Fillatre’s Funeral Home, 4 St. Mark’s Avenue. A private Mass of Christian Burial will be held at All Hallows Parish, Humber Road on Friday, January 15, 2021. Interment to take place at Mount Patricia Cemetery. As expressions of sympathy, donations may be made to the Children’s wish Foundation. Always In Our Hearts
Services for John (Jack) Carey
There are no events scheduled. You can still show your support by sending flowers directly to the family, or planting a memorial tree in memory of John (Jack) Carey.
Visit the Tribute Store

Share Your Memory of
John (Jack)
Upload Your Memory View All Memories
Be the first to upload a memory!
Share A Memory
Send Flowers