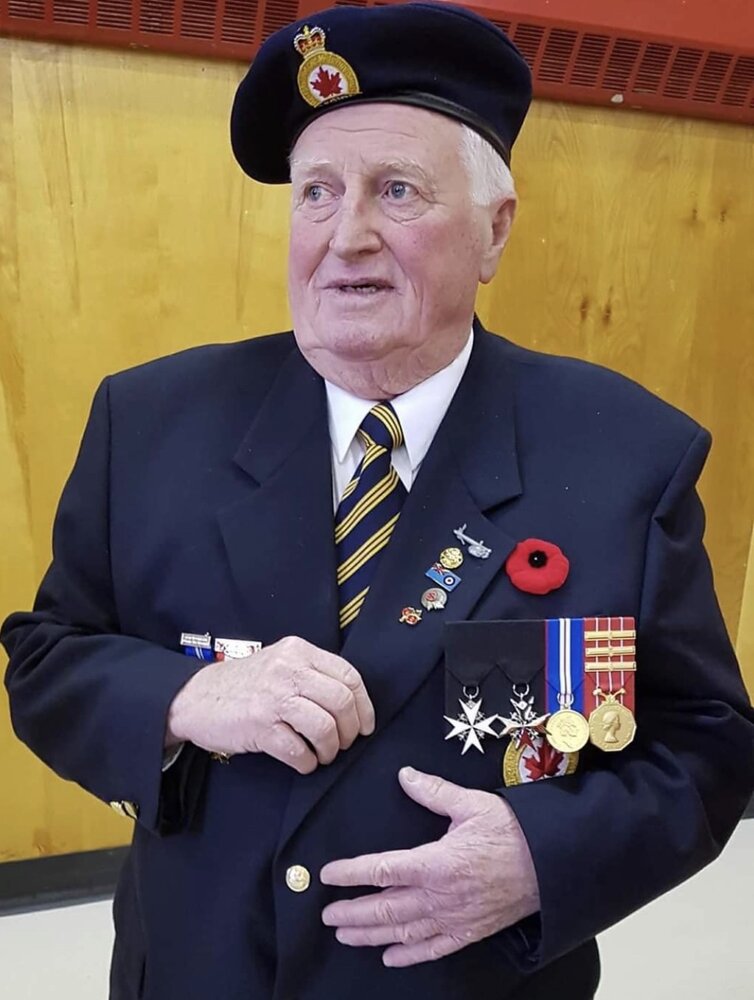 Bill joined the military in 1956, becoming a proud member of the RCAF. He liked to say that he was an engine changer. Bill met the woman who became his wife, for 59 years, Ilene while stationed in Portage La Prairie. Bill was a member of the RCAF for 20 years retiring in 1976. Upon his retirement, he moved his family back to his hometown, Port Saunders, where he was raised. Bill wanted to be closer to family and his heart resided in Newfoundland. In 1978, Bill became part of the Air Cadet organization, obtaining the rank of Captain. He remained with the Air Cadet organization until 2003, retiring (again) at 65 years of age. Bill was a proud member of the Regular Force and the Cadet Instructor Cadre for 45 years. He enjoyed every year of his 45-year service.

Since his return to Port Saunders, Bill has worked many jobs, such as harbour master, bus driver, guard at the police station, building wharves and building custodian, and most likely many others. He spent 15 years providing St. John Ambulance First Aid Training, Firearm training, WHIMIS, and small boat safety courses. Bill gave courses all along the Northern Peninsula, Southern and Northern Labrador. He was awarded the Officer of the Order of the Hospital of St. John of Jerusalem for his work with St. John Ambulance.

Some of Bill’s best times were spent with his brothers and those who he considered brothers, in the Sleepy Hollow cabin or on his boat the Blue Star or lobster fishing with George Biggin. Most of the stories cannot be provided as they are not suitable for all audiences. Suffice to say, Bill had many good memories and stories that others can share.

May all those who knew dad share good stories and remember him with a smile. The family would like to thank Rufus Guinchard Health Centre for their wonderful support and care provided to dad, and more importantly, his niece Alicia who provided support, comfort, and much love to dad.

Cremation has taken place.  A memorial gathering will be held to reflect on the life of Bill.

In lieu of flowers donations can be made to a charity of ones choice.

Share Your Memory of
William
Upload Your Memory View All Memories
Be the first to upload a memory!
Share A Memory
Send Flowers
Plant a Tree