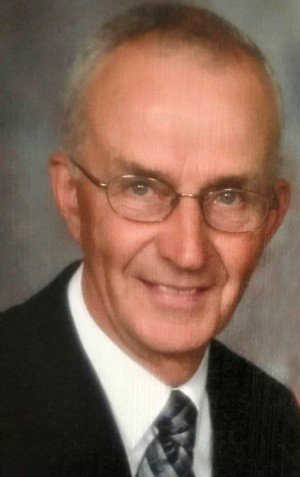 David George Pardy Corner Brook, Newfoundland May 19, 1944 - October 5, 2020 David George (Dave) Pardy passed away at home as he wished, holding the hand of his beloved Janet. He leaves his memory entrusted to the hearts of his wife Janet (née Gillam), daughters Deborah (Aart) and Catherine (Jason) and 3 grandchildren, Willem David (Netherlands) and twins Jack and Olivia (Nova Scotia). He is pre-deceased by his parents G. C. Milligan and Ada (née Earle) and leaves behind brother Kevin and sister-in-law Marilyn of St. John’s. The family is especially thankful for his wonderful caregiver, Tammy Day. To the many people who knew Dave, we know you will remember him as the kind, generous and funny man he was. In lieu of a memorial service, we invite you to honour Dave’s life by doing something kind for someone else. “Just do whatever you can to help someone else out.” This was his message, which he repeated often until he was no longer able to express himself with words. Memories are a precious gift. We welcome your messages and any stories you may wish to share about Dave - hockey player, golfer, hotel manager, United Church member, all-around good guy. In lieu of flowers, donations to the Alzheimer’s Society of Canada or to the Corner Brook Minor Hockey Association would be greatly appreciated. As per his wishes, no funeral service is planned.
Services for David Pardy
There are no events scheduled. You can still show your support by sending flowers directly to the family, or planting a memorial tree in memory of David Pardy.
Visit the Tribute Store

Share Your Memory of
David
Upload Your Memory View All Memories
Be the first to upload a memory!
Share A Memory
Send Flowers